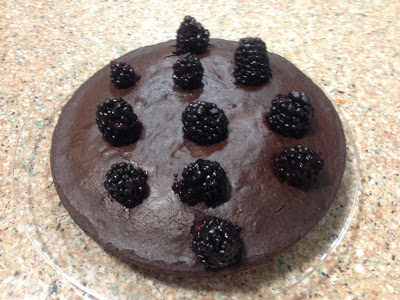 Hey all,
The last few months of my first year in New York have been a whirlwind. Medical books, clinical work, parties, and hanging out with friends have been an absolute blast. Dinners, frozen margaritas, and  broadway shows have only made it infinitely better.

But, now and then, when I want to get away from the stress and the busy life, I turn to the little oven in my dorm and try and bake something. Last week, for a mexican fiesta night planned by my friends, I decided to try something a little outside of my comfort zone.

I have said this numerous times, and I don't plan to stop saying this anytime soon. My kind of recipe is the kind that is easy to make but looks great as well. Plus, considering how busy I am, I want a recipe that is relatively quick.

This Chocolate Olive Oil cake is one such recipe. I drew inspiration from the numerous food blogs out there. I ended up using extra virgin olive oil since I didn't have anything else, but personally, I enjoy the flavor it imparts to the cake. You can also use vegetable oil since it remains neutral in the cake. For the chocolate component, I used a very delectable cocoa powder that I had bought from Penzey's Spices (one of my favorite spice stores, and one that I miss the most in New York). I am also a big proponent of cutting back on the sugar (from a health standpoint), and today was no exception. Cutting the sugar in half had no effect on the richness of the dessert. Finally, I love the whole wheat flavor that the flour imparts and it adds a great rustic flavor to it (almost bread-like).

Making this cake was such a cinch and involved just putting everything in a big bowl and mixing it. I could put pictures of each and every step, but in all honesty, anyone can do this.

The oven in my dorm ran a little hot and I think I could have taken the cake out ten minutes earlier than predicted but it was still very moist (the beauty of using oil in a cake). However, I will say that it's best to have this cake on the day of or within a day of baking it, since it does dry out eventually (like anything else I suppose).

I added the blackberries after the warm cake came out of the oven. These jewels looked beautiful and imparted a little tartness to cut the richness of the chocolate cake. You can use any other berry that you like.

Recipe:
1. Preheat oven to 325F. Spray the cake pan with oil.
2. To the cocoa powder, add 6-8 tbsp of boiling water till it forms a glossy paste. Add the vanilla and the instant coffee powder
3. Beat the eggs, egg yolk, olive oil and sugar. Add the wet cocoa+coffee mix
4. Add the dry ingredients (flour + salt + baking soda) and mix until just combined.
5. Transfer to the pan and bake for 50 minutes, but check at the 35-40 minute mark with a toothpick - only a few moist crumbs should be seen.
6. Allow the cake to cool a little and then top the berries in your favorite design.

Did I mention that I saw Ricky Martin perform in the Broadway adaptation of Evita!!!!? I couldn't get a picture of him on stage though :( - But the show was amazing! 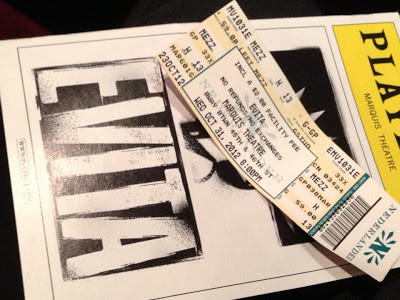 Here's to another few more weeks of fun and excitement before Thanksgiving!