Not your average Monkey bread! 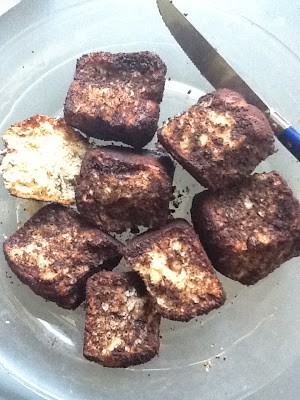 So here's a secret for you. Most of the times when I change a recipe, I end up with a mess - albeit an edible one.
But, there are times when the stars align in my favor, and the experimentation works after a few tries.
Then, there are times when the entire universe itself aligns in such a perfect coordination, that the experiment works the first time around.
Today was one of those days when the universe aligned, and I came up the "Not your average Monkey bread."
I have been traveling a lot for the past month for my interviews for medical school and it has been a fantastic, but exhausting, experience. I will be glad once they are all done.

Since I was pretty tired, I figured that I'd take a week off from the massive CIA baking book and try something a little simpler.

The first recipe that I found upon clicking the "Random" button on Smitten Kitchen's website was this Monkey bread.

I had forgotten about it and I had been meaning to make this for so long that I decided to just do it. It's actually pretty straightforward if you follow the directions.

But I consider myself to be a rebel. Usually, I'm traditional and I don't change recipes out of respect. Well, it's mostly because I'm nervous about making it inedible. But, here, I decided to experiment:


1. Instead of all-purpose flour, I decided to use bread flour completely. Now bread flour means more gluten, which means that it will be a bit more dense, but it will have a more bread like quality.


2. I swapped out the white sugar for dark brown sugar. I figured that the molasses would add some extra flavor.


3. I used brown butter. No one should argue about this - the nuttiness of brown butter is delectable.


4. A coating that is unique - equal parts cocoa powder and brown sugar, and a couple of pinches of cinnamon. This is the part I was worried about since the flavor of the bread would be dictated by this mix.


Fortunately, that bread was absolutely amazing. The flavors melded together perfectly and it was just as good when it was cold. Almost like mexican chocolate flavor to it.

Make the dough and then let it rise. 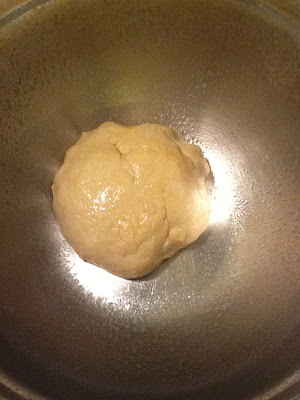 After an hour of rising: 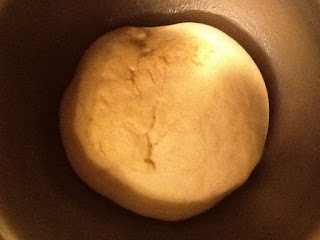 Make the balls of dough and coat it with brown butter and the cocoa + cinnamon + brown sugar combination and let it rise again. 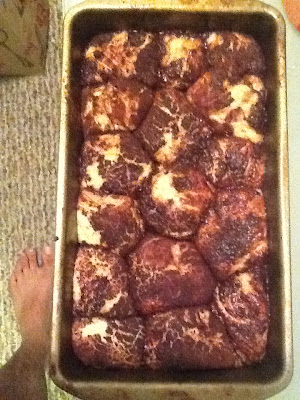 (Look mom - the cake is bigger than my foot!)
Bake it off, and turn it out onto a pan and let it cool down completely. 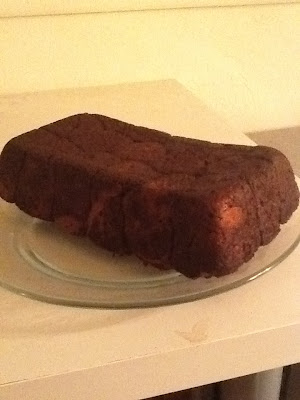 And EAT! I wonder if monkeys would prefer this to bananas? I certainly might.
Enjoy,
Kartik
Posted by Kartik at 1:56 PM